The Difference Between A Daycare And Dayhome

Most of us know what a daycare is and understand the concept behind it. But if you’re like many other people, dayhome could be a brand new term for you. If you don’t quite understand the differences between daycare and dayhome, then you are in the right place. Vonkids has made this great blog to help you learn exactly what a dayhome is and how it differs from its more well known counterpart the daycare. Keep reading to find out what makes a dayhome different than an ordinary daycare. 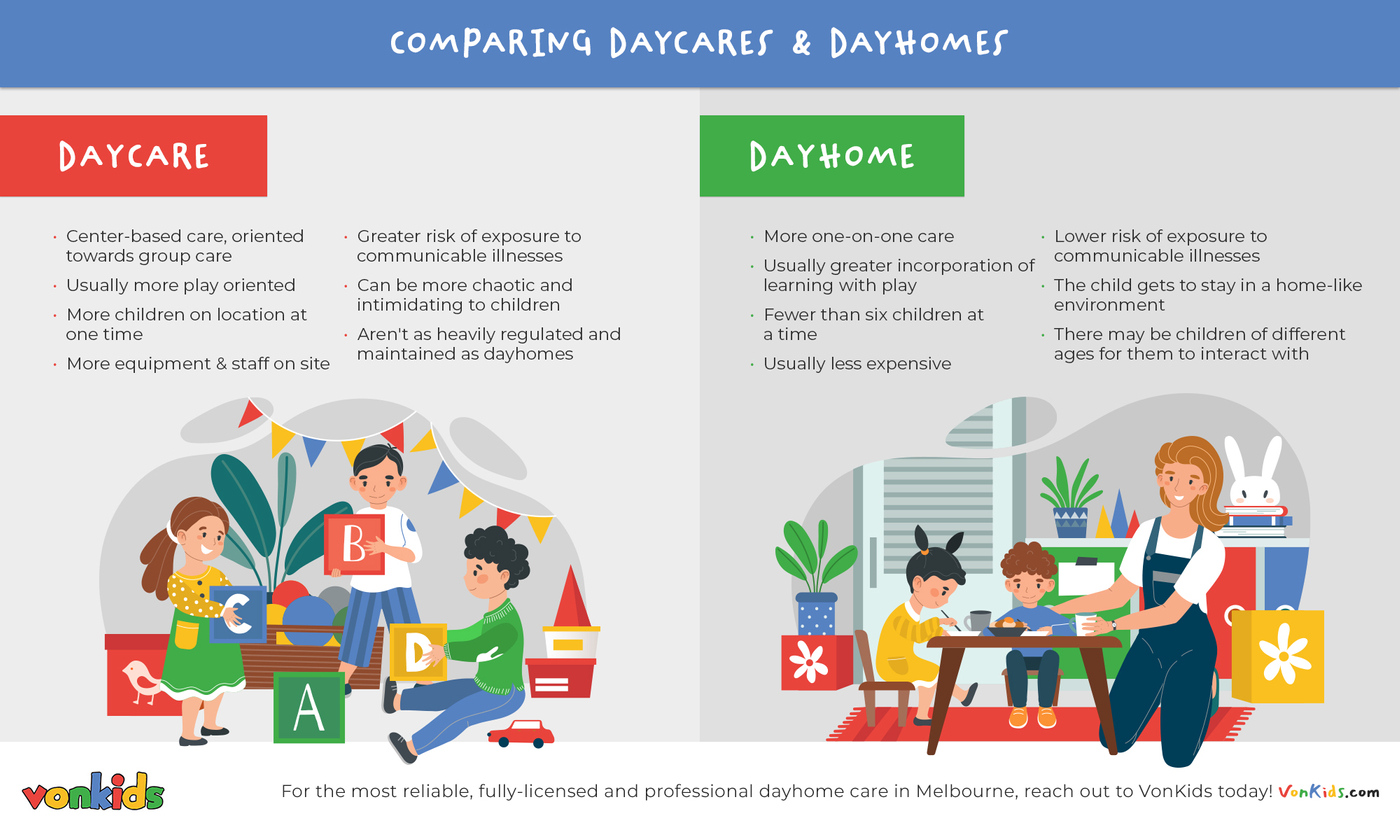 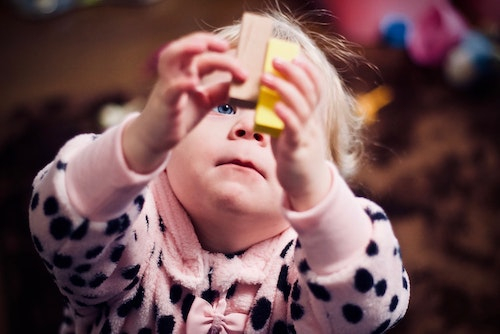 What Is A Dayhome?

Similar to daycares, dayhomes are establishments where parents can drop off their children for a set period of time during the day. Your kids will play and interact with other children, be given meals, and will always be supervised by at least one adult depending on how many children there are in the group. However, that’s where the similarities tend to end.

Where daycare centers are companies or establishments that are solely dedicated to watching children, a dayhome is someone’s actual house that’s used as a daycare center for as long as the tenant and caregiver want it to be. Though they may be part of a company network and overseen by the company’s practices and standards, each individual dayhome is its own being, so no two homes are exactly the same. Each one caters to a different type of age group, so there may be a home just for eight-year-olds, while just down the street there’s a home for only six-year-olds.

Learning is also a big component at dayhomes. While some learning may be done in daycares, most of the time spent there is dedicated to letting children play with little to no instruction or direction. Dayhomes on the other hand incorporate both play and education, often times combining the two activities into one. Caregivers at dayhomes design lesson plans and have a strategy going into each day. Anything from basic reading to second languages and math can be taught at a dayhome depending on the age and academic level of the group.

Daycares often have a very high limit of children they allow to be dropped off at a time. This can make things chaotic and can intimidate some children. Dayhomes can only have up to six children at a time, ensuring that each child will be given proper attention from the caregiver. And though there are houses for different ages, children in the same family that fall under different ages can be placed in the same dayhome if requested.

Dayhomes are also highly regulated establishments. Not only does the company that the dayhome is apart of run their own inspections, but the government will regulate and inspect each dayhome to make sure it’s up to and operating at their high level of standards. Though daycares have entities that inspect their premises for cleanliness, efficiency, and quality, they aren’t as regulated and maintained like that of dayhomes.

Vonkids takes all of the advantages of a dayhome and makes them even better. Our trained staff is made up of teachers and professionals that have years of experience with children. Our world-class curriculum teaches your child math, science, and language while also incorporating art, physical activity, and music. We offer highly nutritious meals that aid in both physical and mental development. Vonkids can also cater meals to meet your child’s dietary needs or restrictions. At all of our dayhome locations, we institute a no-screens policy. This means that your child won’t be learning from a TV screen, they’ll be learning from a highly knowledgeable teacher.

We hope this blog has helped clarify the differences between a dayhome and a daycare. If you’re looking for a daycare alternative in the Calgary area, then Vonkids is here for you. Vonkids offers premier dayhomes in Calgary, suitable for children up to age five. Set your child on the path to success early with Vonkids dayhomes. Learn more about Vonkids, see what makes Vonkids different from other dayhome services, or contact us today to answer any questions you may have about Vonkids, our curriculum, or any of the other premier services we provide.